You are using an outdated browser. Please upgrade your browser to improve your experience.
by Bryan M. Wolfe
October 23, 2013
“Here’s to the Crazy Ones” is arguably one of the greatest Apple ads ever produced, second only to the groundbreaking “1984.” The ad launched the company’s iconic Think Different campaign, and featured some of the most prominent figures of the 20th century, including John Lennon, Alfred Hitchcock, and Albert Einstein. http://www.youtube.com/watch?feature=player_detailpage&v=tjgtLSHhTPg In this century, we’re the ones that have gone cuckoo, thanks to Apple. How else can one explain the drama that is an Apple product launch day? On Friday, Nov. 1, millions will brave the elements and stand in line to be one of the first to buy an iPad Air. Many of these folks did the same thing just a few weeks ago when Apple launched the iPhone 5s. Apple loves the theatrics of a new product launch. They even showed a video about it during yesterday’s iPad event. To see for yourself, go to the 4:20 mark of the presentation video. Personally, I enjoy standing in line on launch day. I am also a little bit frustrated because Apple has manufactured a lot of this — at least in recent years. It wasn't that long ago when preordering new Apple products had become the norm. Waiting for a box to arrive from Apple became so commonplace in my household, for example, the FedEx guy beeped his horn three times when he pulled in my driveway. He knew what was in the box. Regrettably, those days are probably coming to an end. Last month, Apple didn’t offer preorders for the iPhone 5s. The same goes for the new iPads. The end of preordering could be chalked up as a supply chain issue. It probably is, to a certain extent. However, I’m convinced much of this is deliberate, on Apple’s part. Competition has grown in recent years. As a result, Apple has been forced to step up its game to retain customers and snag new ones. I believe that Apple also played a role in the discounts that immediately followed the iPhone 5c launch. Steve Jobs would have never allowed the likes of Walmart and Best Buy to discount new iPhones — especially this early in the product life cycle. Tim Cook plays by a different set of rules. Like the other crazy ones, I’ll be in line next Friday to get my hands on a new iPad Air. I won’t be happy about it, but I’ll do it. I’m playing right into Apple’s hands, no? Cook is a genius. Starting on Nov. 1, the iPad Air will be available in the United States, Australia, Austria, Belgium, Bulgaria, Canada, China (Wi-Fi models only), Croatia, Cyprus, Czech Republic, Denmark, Estonia, Finland, France, Germany, Greece, Hong Kong, Hungary, Iceland, Ireland, Italy, Japan, Latvia, Liechtenstein, Lithuania, Luxembourg, Macao (Wi-Fi models only), Macedonia, Montenegro, Netherlands, Norway, Poland, Portugal, Puerto Rico, Romania, Singapore, Slovakia, Slovenia, Spain, Sweden, Switzerland and the United Kingdom. At Apple retail stores in these countries, the iPad Air will be available beginning at 8 a.m. local time. Will you be buying an iPad Air next week? 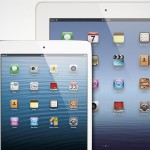 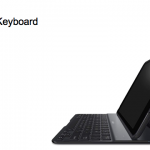