You are using an outdated browser. Please upgrade your browser to improve your experience.
by Bryan M. Wolfe
October 7, 2013
Apple doesn’t break out iPhone sales by model number. Because of this, we may never know just how many iPhone 5c units are sold by the company each quarter. Based on what we’ve been hearing from analysts and retailers, however, we can at least deduce that the news isn’t good – at least so far. Here are a few of the reasons I believe Apple’s mid-priced handset has proven to be unpopular, and what Apple can do about it.

I know plenty of folks who would buy a smart phone, that was released two years ago, on contract for no reason other than the upfront cost is free or close to it. Never mind the cost for the phone over time is basically the same as newer models, and once completing the contract the phone might be considered obsolete by its creators. Apple squarely placed the iPhone 5c in midtown, even though many expected it to be in the low rent district. As a result, the folks that like buying freebie phones are looking the other way, or rather, staying put. In the case of Apple buyers, this means buying the 2-year-old iPhone 4s, not the iPhone 5c. Also worth noting is the 32GB iPhone 5c is priced at $199 with a two-year contract. Looked at another way, this is the same as the least expensive iPhone 5s model. 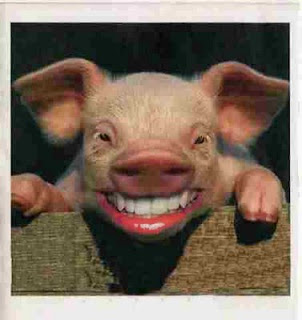 For many years, iPhone customers have been able to buy the previous year’s model for $99. This changed this past September with the introduction of the iPhone 5s and iPhone 5c. You can still buy an iPhone for as little as $99 -- or even less at some stores. For this, you’ll no longer receive an iPhone made of glass and metal. Instead, it’s all about the plastic, baby. Speaking of that plastic, the color choices for the iPhone 5c are terrible – at least to most over a certain age. These devices were clearly put on the market to generate sales among tweens. Unfortunately, the color choices made by Apple have probably turned off more buyers than were gained. In particular, Apple might have lost sales from those who would have normally bought last year’s model.

Even as an evolutionary device, the iPhone 5s comes with some new features, including Touch ID, a better processor, and more. Except for the new color choices (see above), the iPhone 5c offers buyers nothing that wasn’t already on the iPhone 5. Where’s the excitement there? Even adding a loop similar to the one on the iPod touch would have represented a slight change, no?

Whether planned or not, recent price drops on the iPhone 5c at some retailers is probably good news for Apple going forward. The lower prices may be just enough to attract new buyers, while also shifting some iPhone 4s sales to the newer model. Going forward, I’d also recommend that Apple figure out what iPhone 5c colors aren’t working and replace them with less splashy designs, such as those in red and/or black. Do you agree that the iPhone 5c is a disaster? Please leave your comments below. 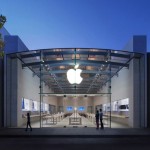 For Those On Wall Street, Talk Shifts To Apple's iPhone 6