You are using an outdated browser. Please upgrade your browser to improve your experience.
by Dom Esposito
October 22, 2013
Apple has finally announced the launch date for OS X Mavericks. This massive update includes a lot of impressive features catered to performance rather than a redesign like we saw with iOS 7. The good news is, Mavericks is available as a free download on Oct. 22, 2013 in the Mac App Store. OS X Mavericks includes a new Maps app, iBooks, and many other improvements, but that's not where Mavericks shines. The refreshed OS includes a handful of new features that will give your Mac a bump in performance: Timer Coalescing

In OS X Mavericks, Timer Coalescing groups low-level operations together, creating tiny periods of idle time that allow your CPU to enter a low-power state more often. With its activity reduced up to 72 percent, the CPU uses less energy, giving your battery a break, too. This happens so fast you won’t notice a thing. And your Mac still gets just as much done just as quickly.

App Nap helps you save power when you’re working with multiple apps at the same time. OS X can tell when an app is completely hidden behind other windows. And if that app isn’t currently doing something for you — playing music, downloading a file, or checking email, for example — App Nap conserves valuable battery life by slowing the app down. But as soon as you start to use it again, the app instantly shifts back to full speed. It’s so seamless you'll think it had been running that way all along. App Nap works the same way with Safari tabs, so only the visible tab is running at full speed. With App Nap, CPU energy use can be reduced by up to 23 percent.

Many websites display animations using power-hungry plug-ins that can drain precious battery life. But OS X Mavericks is watching out for you. The new Safari Power Saver feature recognizes the difference between what you came to see and the stuff you probably didn’t. If the content is front and center it plays as usual. But if it’s off in the margins, Safari Power Saver pauses it. You’ll see a static preview, and it won’t run until you click to play it. So if you don’t want to watch something, it won’t take a toll on your battery life. With Safari Power Saver, when you’re browsing websites with plug-in content, your CPU will use up to 35 percent less power.

The more memory your Mac has at its disposal, the faster it works. But when you have multiple apps running, your Mac uses more memory. With OS X Mavericks, Compressed Memory allows your Mac to free up memory space when you need it most. As your Mac approaches maximum memory capacity, OS X automatically compresses data from inactive apps, making more memory available.

Those are just a few of the powerful features included with OS X Mavericks. If you'd like to update your Mac to Mavericks, it's available as a free download on Oct. 22, 2013 in the Mac App Store. 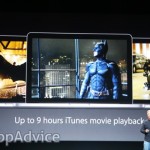 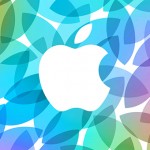 It’s Time To Begin: Apple Kicks Off Today’s Special Event
Nothing found :(
Try something else