You are using an outdated browser. Please upgrade your browser to improve your experience.
by Bryan M. Wolfe
October 29, 2013
For the last month, I’ve had the opportunity to experience the new UE Mini Boom by Ultimate Ears. In fact, I’ve been using two of them, which is the best way to go in most situations.

The UE Mini Boom is a Bluetooth enabled speaker that streams sound from up to 50 feet (15m) away. It promises 10 hours of battery life, and is available in a range of colors, including orange, purple, red, yellow, and black. Each combines a metal frame with rubber casing, and serves as a minor upgrade to the Logitech UE Mobile Boombox.

The free UE Mini Boom app for iOS and Android pairs up to two devices to double the sound, or offer music in stereo.

Each UE Mini Boom comes with a micro-USB charger.

The UE Mini Boom looks exactly like the Logitech UE Mobile Boombox, which remains on the market. To me, this design is dated. And compared to Jawbone’s Mini Jambox, a tad too big. It certainly isn’t the “compact design,” Ultimate Ears celebrates on its website, as easily fitting “in whatever backpack, purse, gym bag, or other random carrying accessory you may have.” Once you can get past its crummy design, the UE Mini Boom is actually an impressive device. I found its battery lasted for 10 hours between charges, as promised. I was also impressed with its clarity, when used as a speakerphone. The UE Mini Boom also rocks when playing music, which is probably most important for the majority of users. I found the music came in crystal clear, and the balance and bass more than appropriate for a personal speaker system. I was also impressed with the UE Mini Boom’s app, which is a must have when owning two of the devices. The app makes it simple to switch between stereo mode, and doubling the sound.

The UE Mini Boom has been built to last thanks to its solid metal frame. Still, like with most speaker systems, I wouldn’t advise dropping it from that far off the ground. 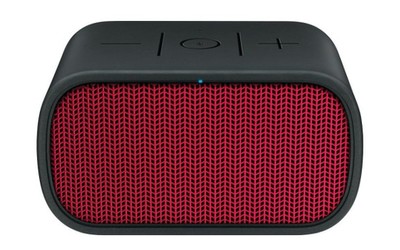 The biggest selling point for the UE Mini Boom is its wireless range of 50 feet (15m). This bests the range of 33 feet for Jawbone’s entire lineup of speakers, as well as the 3o feet promised for the Beats Pill speaker. Additionally, the UE Mini Boom is one of the few personal speaker systems to support NFC devices. This may not mean much to those who only own Apple devices. For everyone else, this could prove to be an important benefit moving forward.

The UE Mini Boom is available now at U.S. retail stores and through the Ultimate Ears website. It is priced at $99.99.

For those looking for a no-nonsense stereo speaker system for their iOS device, consider the UE Mini Boom. It provides great sound with an impressive wireless range. Looking for the coolest speaker on the market? Go elsewhere.

Buy Now: You can buy the UE Mini Boom by visiting ultimateears.com. 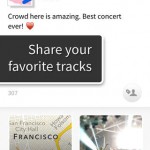 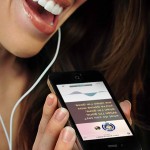