You are using an outdated browser. Please upgrade your browser to improve your experience.
by Bryan M. Wolfe
November 15, 2013
All Whitstable, U.K. resident Colin Marsh wanted to do was purchase an iPad for his family. Instead, he was arrested, according to The Telegraph. Last year around Christmas, Marsh bought a new iPad at Tesco. Instead of finding an Apple tablet in the box, the Marsh family found three lumps of gray clay. After returning the item to the store, Marsh was reported to the local police. After a three hour interrogation, he was accused of trying to scam the supermarket. He spent two months on bail before being told he faced no further action. While he eventually received a full refund, Marsh is still waiting for an apology from Tesco. He noted, "I've run my own successful businesses for 22 years, and I own my own house. Why would I want to scam Tesco out of a £470 iPad? I wouldn't want anyone else to go through what my family and I have." For its part, Tesco told The Telegraph, “We were very disappointed to learn that the product we sold to Mr Marsh had been tampered with. We would of course never knowingly have sold it to Mr Marsh and we apologize sincerely for the problems this has caused him.” The iPad the bakery owner thought he purchased was eventually tracked down — 200 miles away from where he had made his purchase. There has been no word on whether the person in possession of the tablet was charged with a crime. This isn't the first time someone purchased a fake iPad. In 2011, a 22-year-old paid someone in a McDonald's parking lot $180 for a third-generation iPad. Instead of receiving a tablet, the woman found a piece of wood that had a screenshot of the iPad along with a Best Buy sales tag and an Apple logo cutout on the back. 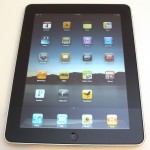 Woman Gets The Deal Of A Lifetime On A Fake iPad
Nothing found :(
Try something else