You are using an outdated browser. Please upgrade your browser to improve your experience.
by Dom Esposito
December 4, 2013
On Dec. 3, 2013, the U.S. Patent and Trademark Office revealed a new Apple patent. First reported by AppleInsider (via 9to5Mac), this patent could make it possible for Apple to add an artificial depth camera mode to iOS devices that would allow software to add a parallax effect to subjects in your photography. The patent details the ability to take stereoscopic image data and align it to create artificial depth in a picture. The idea is actually pretty awesome. Could you imagine rotating your iPhone left to right while viewing a picture to get a parallax effect? The patent is titled, "producing stereoscopic image," and it explains that a computer (or iOS device) would be able to pick two similar images and properly align them to create a stereoscopic image. This feature would emulate how you see the shot before a picture is taken, and possibly, give you the ability to adjust the artificial depth. The patent was originally filed on Jan. 3, 2011, crediting Louis James Beato and Andrew C. Blose as the inventors. Maybe this will be a feature we'll see on future iOS device, but the truth is, Apple files a lot of patents that never make it to an actual product. Do you think this would be a worthy feature, or just another marketable novelty? 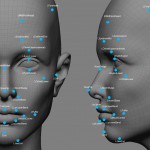 Apple Awarded A Patent For Facial Recognition And Detection Technology 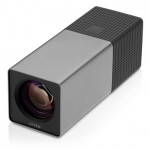 Apple Awarded Patent For A Lytro-Like Light Field Camera
Nothing found :(
Try something else