You are using an outdated browser. Please upgrade your browser to improve your experience.
by Bryan M. Wolfe
December 11, 2013
An Apple-supplier is under the spotlight once again after the untimely death of one of its employees. In his only month at Pegatron, Shi Zhaokun often worked 12 hours a day, six days a week. The 15-year-old died of pneumonia in October, according to The Sydney Morning Herald. Through a spokesperson, Pegatron said the workplace environment isn’t what caused Shi’s death. However, they did acknowledge that several other young workers at the Chinese-based factory had also died in the past few months. According to Li Qiang of China Labor Watch:

Considering the sudden deaths of five people and the similar reason of the deaths, we believe there should be some relations between the tragedy and the working conditions in the factory.

Pegatron cannot hire workers under 16, the legal working age in China. Apple's supplier responsibility statement bars employees of supplier companies in China from working more than 60 hours a week — so does Chinese law. On his legal documents, Shi claimed to be 20. He worked 79 hours in his first week, 77 in his second, and 75 in his third, according to documents provided by his family. Pegatron says that work logs don’t take into account breaks, and that Shi’s hours “did not exceed the legal limit.” This isn’t the first time Pegatron has been accused of providing an unsafe working environment for its employees. In July, China Labor Watch asserted that Pegatron was forcing employees to work unpaid overtime, and to live in poor conditions. At the time, CEO Jason Cheng said that his company takes allegations such as this “very serious.” Cupertino has not yet commented on Shi’s death or that of the other four employees. Taiwan-based Pegatron is Apple’s primary supplier for the iPhone 5c. Photo: IT ProPortal 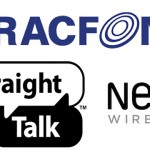 Straight Talk And Net10 To Begin Carrying Apple's New iPhones Dec. 13
Nothing found :(
Try something else