You are using an outdated browser. Please upgrade your browser to improve your experience.
by Dom Esposito
December 24, 2013
Following the official release of the iOS 7 Evasi0n Jailbreak, Cydia has been updated with a brand new design. The update is marked as version 1.1.9 and can be downloaded via Cydia by refreshing your sources. Unfortunately, the app icon has not been updated, but Saurik, Surenix, Kyle Matthews, and Ryan Petrich are working hard on improving everything. Keep in mind, this isn't the final Cydia update for iOS 7. Some elements have not been updated, but overall, this version adds stability and an iOS 7 inspired design. It's also important to note that this update does not fix Mobile Substrate, but now that Cydia has been updated with iOS 7 compatibility, Saurik can begin working on it. Check out our video overview of Cydia 1.1.9 for iOS 7:

Saurik explains the update on the Cydia package page:

Due to evasi0n 7 having been released with an unofficial build of "Cydia", I had to upgrade Cydia via a package. This more complex, as packages I release in my repository have to work for all users, not just those on the latest firmware. I have managed to get Cydia 1.1.9 working on iOS 2-7. Please understand that there are still some things about this build that are "not quite right" (including the dropbar, which I want to have work like the iTunes Store's song preview bar, but right now is simply broken). I needed to get this out so I could move to Substrate, and thereby kind of hacked that together. A special thank you goes out to Surenix (new tab bar icons), Kyle Matthews (new UI images), Ryan Petrich (general UIKit help) and Optimo (late night testing).

As shown in the video overview, you'll need to launch Cydia and refresh your sources in order to update it. The new version will arrive in the form of two package updates labeled, "Cydia Installer" and "UIKit Tools." Once Cydia's sources have finished refreshing, tap on the "Complete Upgrade" button to continue the installation. As Saurik mentioned, not everything is perfect at the moment, but pushing out this update will allow him to work on updating Mobile Substrate. Follow us on Twitter for the latest updates regarding the iOS 7 Evasi0n Jailbreak. 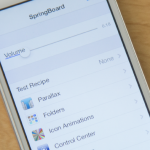 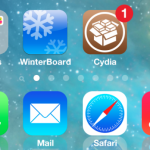 Did You Take The Plunge? Here's A List Of iOS 7 Compatible Jailbreak Tweaks
Nothing found :(
Try something else