You are using an outdated browser. Please upgrade your browser to improve your experience.
by Bryan M. Wolfe
December 2, 2013
States in the U.S. are increasingly turning to online sales taxes to fill their coffers. That trend is likely to continue thanks to the United States Supreme Court. According to Reuters, the high court has decided not to consider the question of whether Internet retailers should be required to collect sales taxes in states where they have no physical presence. The cases declined were brought by Amazon and Overstock.com Inc. Each company claimed that a New York state law was unconstitutional. Because the U.S. Supreme Court declined to take either case, the challenges to the law have failed. In March 2013, the New York Court of Appeals said Amazon and Overstock could be compelled to collect tax from online sales, even if they have no physical presence in the state. The companies said this wasn’t allowed due to the Commerce Clause of the U.S. Constitution. There is no national sales taxes in the U.S., and Congress has never moved ahead with proposed legislation that would give states the power to enforce their sales tax laws on Internet retailers. Because of this, courts have been intervening on a case by case basis. In 1992, the U.S. Supreme Court ruled that retailers without a physical presence in a state did not need to collect and remit taxes in that state on each sale. Consumers are supposed to calculate and remit these payments themselves. Few do this, however. Amazon does not currently collect sales taxes in states where they don’t have a facility. This has given them a pricing edge over traditional retailers. This is often cited as one of the reasons states want companies like Amazon to collect taxes, even when they have no physical presence in the state. To date, Amazon only collects sales taxes in Arizona, California, Connecticut, Georgia, Kansas, Kentucky, Massachusetts, New Jersey, New York, North Dakota, Pennsylvania, Texas, Virginia, Washington, West Virginia, and Wisconsin. The cases are Overstock.com v. New York State Department of Taxation and Finance and Amazon.com v. New York State Department of Taxation and Finance, U.S. Supreme Court, Nos. 13-252 and 13-259. 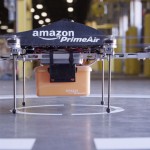 Amazon's New Kindle Fire HDX Ad Mocks None Other Than Jony Ive
Nothing found :(
Try something else