You are using an outdated browser. Please upgrade your browser to improve your experience.
by Bryan M. Wolfe
January 1, 2014
Apple didn’t exactly set the world on fire in 2013, in terms of launching new products (as opposed to product updates). Cupertino’s release of the radically different Mac Pro is probably the closest they came to revealing something new. There was also the iPhone 5c, of course, but adding some color to the iPhone 5 doesn’t really count. Unlike last year, 2014 is shaping up to be one full of new product launches. Here are three we expect, and one we’re hoping to see:

Whether Apple calls it the iPad Pro, iPad Max, or iPad Maxi (the horror), one thing is perfectly clear. In 2014, Cupertino will unveil a 12.9 inch, or 13-inch tablet. The only question is whether Apple will target the device to the masses, or has been reported, to the education market. Bolder prediction: The iPad Pro may be a hybrid between iOS and OS X.

Besides the mythical “iTV,” the “iWatch” has been the most talked about upcoming Apple device in recent memory. It should arrive in 2014. Bolder prediction: The iWatch will be available in two models: one that requires an iOS device to work (like the Pebble Watch), and one that can operate on its own.

The MacBook Air is the next Apple product that is likely to receive the Retina display treatment. However, a Retina display iMac is also possible. Bolder prediction: Apple will skip Retina and unveil an iMac with a 4K display.

Early iPods helped save Apple. Since the iPhone and iPad launched, however, little has changed about the devices that make up the iPod line. We predict Apple will refresh iPod in a way that will make audiophiles proud. Think a high-end, updated iPod classic, as opposed to a next-generation iPod touch. Bolder prediction: The new iPod will be heavily promoted and endorsed by top shelf artists such as Beyonce and Justin Timberlake. It could also include “special editions.” What are your 2014 Apple predictions? 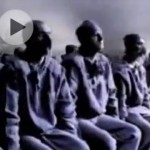 What You Probably Didn't Know About Apple's Iconic '1984' Ad 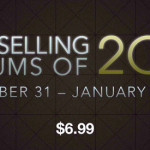 Apple Launches $6.99 New Year's Sale For Some Of The Bestselling Albums Of 2013
Nothing found :(
Try something else