You are using an outdated browser. Please upgrade your browser to improve your experience.
by Bryan M. Wolfe
January 16, 2014
The free Plastic Surgery for Barbara app has been removed from the App Store and Google Play. The game featured an overweight cartoon blonde woman who looked like a heavier version of Mattel’s Barbie doll, according to ABC News. As noted in the report:

The description of the now-deleted plastic surgery app read as follows: "This unfortunate girl has so much extra weight that no diet can help her. In our clinic she can go through a surgery called liposuction that will make her slim and beautiful. We'll need to make small cuts on problem areas and suck out the extra fat. Will you operate her [sic], doctor?"

Created by Corina Rodriquez, Plastic Surgery for Barbara launched earlier this week on both app networks. Soon after, Everyday Sexism, a volunteer project that asks women to submit their experiences with sexism in the “modern” world, launched a Twitter campaign to remove it.

Tweet @itunes if you think they should reconsider marketing this crap to players aged 9+ #EverydaySexism pic.twitter.com/8zo6b6uCM1 — EverydaySexism (@EverydaySexism) January 14, 2014

Everyday Sexism founder Laura Bates told ABC News, "This was something that just raised a real red flag with us. To send those messages so blatantly to girls as young as 9 seemed really damaging.” A spokesman for Google Play could not comment specifically about the removal of the game. They did note, "We remove applications from Google Play that violate our policies.” Apple has not responded to ABC News' request for comment. 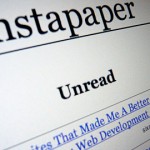 Instapaper Free: A Study In App Store Economics
Nothing found :(
Try something else