You are using an outdated browser. Please upgrade your browser to improve your experience.
by Bryan M. Wolfe
January 30, 2014
There will be little downtime for app developers in the United Kingdom during the next few months. Developers must soon comply with a new set of rules for free-to-play, or freemium games. The rules, announced by the Office of Fair Trading (OFT), begin April 1. The 23 page “OFT’s Principles for online and app-based games,” states that game developers must alert users of any potential costs upfront. They must also explain whether personal data is used for marketing purposes. The principals address the following: Freemium apps have been under the microscope often in recent months, both in Europe and in the United States. At issue has been the unauthorized use of in-app purchasing in games and apps. Last June, Apple settled a class action lawsuit over this issue in the U.S. Earlier this month, the company signed a consent decree with the Federal Trade Commission (FTC) over the same issue. I respect OFT for trying to clarify the rules on freemium apps. I'm also a strong believer in personal responsibility, however. I wonder whether these rules put too much pressure on the developers, and not enough on the people buying the games. What do you think? 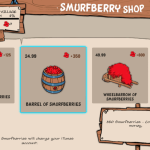 Apple Will Offer Full Refunds To Customers Claiming They Made Unauthorized In-App Purchases
Nothing found :(
Try something else