You are using an outdated browser. Please upgrade your browser to improve your experience.
by Bryan M. Wolfe
January 18, 2014
Rovio and IDW Publishing have announced a partnership that will lead to a series of Angry Birds comics. The stories will feature popular characters such as Red, Chuck, Bomb, Stella, Mailda, King Pig, and many others, as they interact on Piggie Island. Among the top comics involved in the project are Jeff Parker (“Thunderbolts”) and Eisner Award-winning writer Paul Tobin (“Bandette”). According to Jukka Heiskanen, Rovio’s Editor-In-Chief of Comics:

The Angry Birds comics are a perfect way of getting to know the characters, their personalities, and their world more closely. I hope that readers of all ages will have fun with these comics by top-notch creators.

We’re very happy to be in business with Rovio on Angry Birds comics. Rovio has taken what was once a captivating game and built it into an interesting world filled with interesting and, uh, feathered characters who will make a perfect addition to our growing line of fun, all-ages comics.”

More announcements about the project are expected in the coming months. Rovio’s first Angry Birds game launched for iPhone in 2009. Since then, the company has added other Angry Birds titles and expanded the franchise to other platforms. 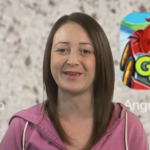 AppAdvice Daily: Best New Games And Getting The Most For Your Old Apple Device 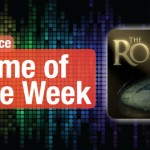 AppAdvice Game Of The Week For Dec. 20, 2013
Nothing found :(
Try something else