You are using an outdated browser. Please upgrade your browser to improve your experience.
by Bryan M. Wolfe
January 14, 2014
Samsung’s next handset is likely to come in two versions: a metal-clad premium edition, and a cheaper plastic model. Sound familiar? It should, according to SamMobile. The premium Samsung Galaxy S5 is likely to launch at around 800 euros. It will include a metallic back plate, and metal on the sides and front. The plastic model is likely to be priced at around 650 euros. SamMobile notes:

It’s pretty much similar to what Apple has done, offering both a plastic iPhone (iPhone 5c) and a metallic one (iPhone 5s). Naturally, Samsung will be pushing people towards buying the much-anticipated metallic model.

Earlier this month, Bloomberg reported Samsung plans to release the Galaxy S5 in April. The upcoming handset is likely to be markedly different in design than the previous model, and include iris scanning technology. Last fall, Apple unveiled the iPhone 5s and iPhone 5c. The former is available in metallic silver, gold, or space gray. The latter is available in white, pink, yellow, blue, or green, and is made entirely of plastic. What do they say about imitation being the sincerest form of flattery? For more information, see: At Last: Apple, Samsung CEOs Both Agree To Patent Dispute Mediation, and Samsung Hires Apple Store Designer Ahead Of 'Deeper Investment In US Retail.' 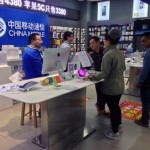 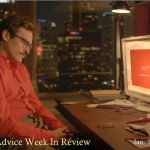 The AppAdvice Week In Review: CES Hits And Misses
Nothing found :(
Try something else