You are using an outdated browser. Please upgrade your browser to improve your experience.
by Bryan M. Wolfe
January 22, 2014

The iconic 32-foot glass cube that welcomes visitors to Apple’s Fifth Avenue store in New York City is in need of some immediate repair. Crews using snowblowers shattered one of the monolithic glass panels at the store, according to AppleInsider.

The glass cube, said to be designed by late co-founder Steve Jobs, was first unveiled in 2006. Five years later, the original 90 sheets of glass were replaced with 15 large panes. The cost at the time was estimated to be $6.7 million.

Despite the damage, Apple plans on keeping the store open. The Fifth Ave. location is open 24 hours a day, seven days a week. 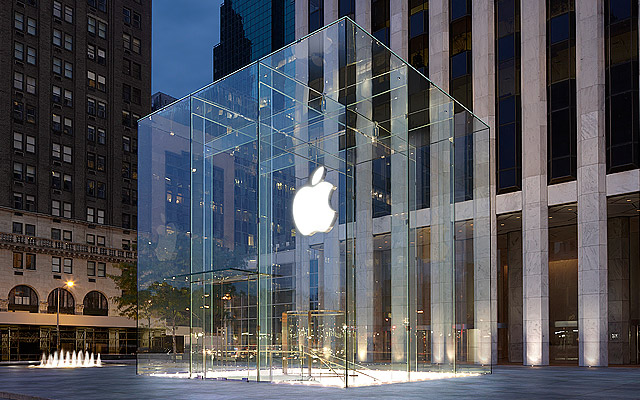 This isn’t the first time mother nature played a part in causing damage at the underground store. In May 2013, a heavy rainstorm caused minor flooding. The store remained open during the cleanup.

Get the popular watercolor photo app Waterlogue for free through the Apple Store app
Nothing found :(
Try something else