You are using an outdated browser. Please upgrade your browser to improve your experience.
by Bryan M. Wolfe
January 30, 2014
SquareTrade, the phone-insurance firm, has released a Super Bowl-themed infographic. It answers the question: Who is the clumsiest with their mobile devices — Seattle Seahawks or Denver Broncos fans. According to the report, 23 million Americans have damaged a cell phone or tablet while watching a sports game. One in three damage the device by fumbling it. Another 18 percent ruin the device by dropping it into a toilet, or getting sweat or water on it. In the past 12 months, 24 percent of Seahawks fans have accidentally damaged a cell phone. Just 16 percent of Broncos fans have done the same. In total, Seahawks fans are 46 percent clumsier than Broncos fans, according to the survey. Take a look: 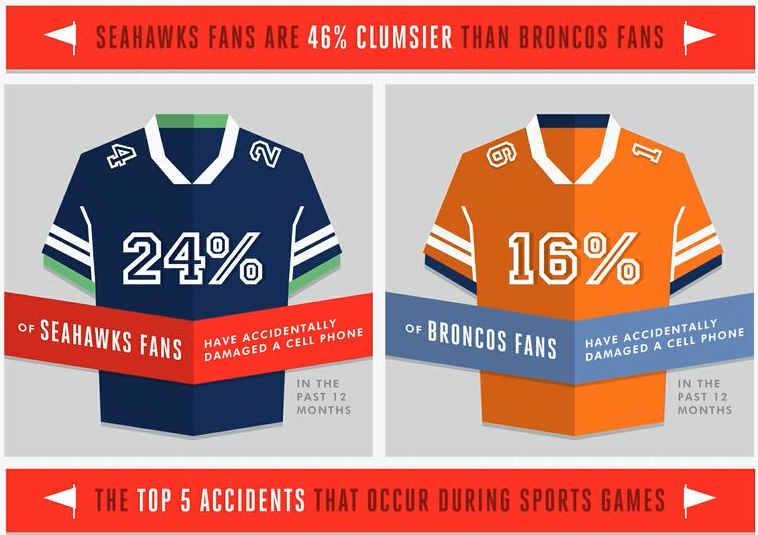 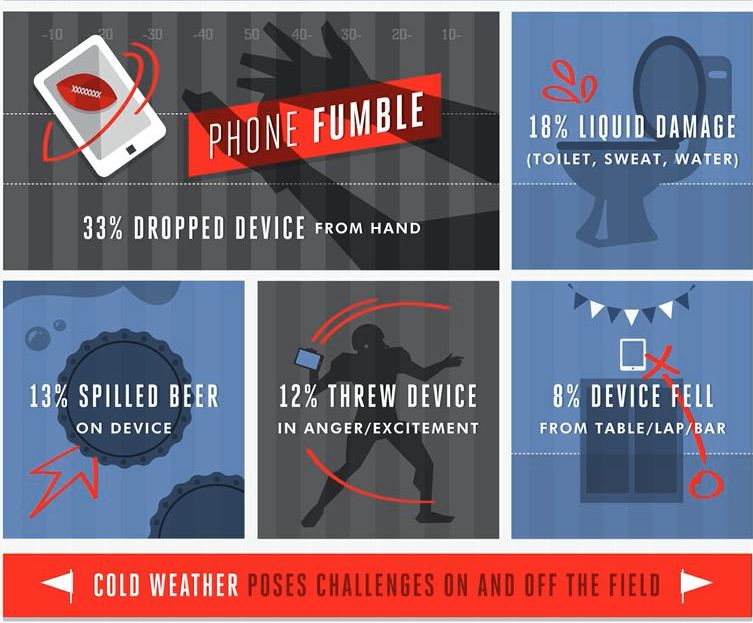 Who are you rooting for during Sunday's Super Bowl? The Seahawks or the Broncos?
Nothing found :(
Try something else