You are using an outdated browser. Please upgrade your browser to improve your experience.
by Bryan M. Wolfe
January 17, 2014
Smartphone sales are expected to drop this quarter. If correct, this would be the first time since 2011 that sales have dropped sequentially, according to TrendForce. From October through December, worldwide smartphone shipments reached 265 million units. This was an increase of 32.2 percent year over year, and 6.5 percent quarter over quarter. For all of 2013, smartphone sales jumped an estimated 33.5 percent, to 945 million units. Much of the success in the fourth quarter can be attributed to smartphone makers “ramping up” shipments “as a means to fulfill 2013 sales targets and pressures related to inventory digestion mounting.” Because of this, TrendForce believes that global smartphone shipments will fall 5.1 percent in the first quarter of 2014.

From October through December, Samsung and Apple continued to dominate with a market share of 30 percent, and 19 percent, respectively. The nearest competitor was Hauwei with 5 percent. TrendForce believes that Samsung shipped 80 million smartphone units during the quarter. This compared to 50 million units for Apple. Despite this lead, Samsung’s profits are expected to be lower, as the company “increased emphasis” on mid to low-end smartphones.

The iPhone 5s is likely to account for 70 percent of all iPhones sold, or approximately 34 million units. Quarterly shipments of 50 million units would represent a growth of 47.8 percent quarter over quarter, and 11.2 year to date. TrendForce expects worldwide smartphone shipments to increase in each of the final three quarters of 2014. Apple plans to conduct a conference call to discuss first fiscal quarter financial results on Monday, Jan.27, 2014 at 2:00 p.m. PST. See also: By 2017, 68 Percent Of US Smartphone Owners Could Be Using An iPhone, and Analysts Offer Predictions On The Significance Of Apple's China Mobile iPhone Deal. 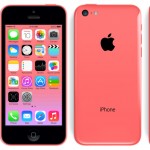 Apple And Samsung Smartphones Continue To Dominate In The US
Nothing found :(
Try something else