You are using an outdated browser. Please upgrade your browser to improve your experience.
by Bryan M. Wolfe
February 3, 2014
On Friday, Jan. 31, a middle school student in Kennebunk, Maine started her day like every other. But this wouldn’t be a normal school day for the 14-year-old. Before her first class began, the student’s iPhone 5c caught fire, according to The Portland Press Herald. The eighth grader, who suffered second-degree burns, heard a pop from the iPhone 5c before it began billowing smoke. “She knew right away something was wrong and, in a panic, knew her pants were on fire caused by the cellphone,” explained Jeff Rodman, principal of the Middle School of the Kennebunks. Soon after, the girl had the presence of mind to “stop, drop and roll." "The phone fell out of her pocket ... and it was still smoldering. Her pants were still on fire,” said Rodman. Authorities transported the student to a nearby hospital. After being treated, she was released after approximately 45 minutes. The student had received her green iPhone 5c as a gift in December. This isn't the first time an iOS device malfunctioned. In November, for example, an iPad Air exploded at one Australian phone store. As a result, the local fire department was called and the scene had to be evacuated. In 2011, an iPhone self-combusted on a flight. 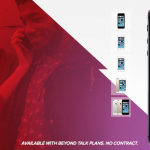 Op-Ed: Apple’s iPhone 5c Has Been A Mistake That Won’t Be Repeated
Nothing found :(
Try something else