You are using an outdated browser. Please upgrade your browser to improve your experience.
by Bryan M. Wolfe
February 27, 2014
Olympian Oscar Pistorius’ murder trial is set to begin next week in South Africa. Before this, prosecutors on the case are heading to Apple headquarters in the United States with the goal of retrieving password-protected text messages sent by the accused to the victim, according to The Telegraph. The report notes the South African Police Service has been unable to access text and Whatsapp messages on the iPhone 5 they found at the crime scene. Pistorius, who is accused of murdering his girlfriend Reeva Steenkamp on Valentine’ Day 2013, says he forgot the Apple ID on the device. The visit to the U.S. comes after the FBI has been accused of “dragging its heels on authorizing Apple to disclose the encrypted information.” Nathi Mncube, a spokeman for the National Prosecuting Authority has confirmed the U.S. trip, noting “We have sent officials who are meeting with Apple today with the purpose of unlocking an iPhone.” He added “We followed the mutual legal assistance processes.” Pistorius denies murdering Steenhamp, 29, an FHM model and law graduate. The two had been dating for four months prior to the murder. Photo: Thembani Makhubele / Reuters 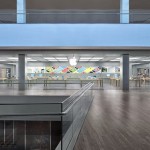 Fortune Once Again Calls Apple The World's Most Admired Company