You are using an outdated browser. Please upgrade your browser to improve your experience.
by Dom Esposito
February 13, 2014
In my opinion, Apple makes it difficult to find certain system information within iOS. In order to find out how much storage is left on your device, you're required to dig through a couple of options in the Settings app. Unfortunately, that's where the useful system information ends. Thankfully, a new Cydia tweak called CCMeters will provide plenty of useful information about your iOS device and place it inside of Control Center. CCMeters is actually an add-on for another tweak called CCLoader, but you'll only pay for the add-on. Once you've installed both tweaks, head over to the Settings app to configure them. CCMeters includes upload/download speeds, CPU usage, RAM usage, and storage availability. With CCLoader, you'll be able to completely rearrange Control Center and install a plethora of add-ons to enhance iOS 7. In my experience, CCMeters was automatically enabled, and with its preferences, I had the ability to customize the color scheme shown in Control Center. Overall, CCMeters isn't a must-have tweak, but it will be useful to those who like to monitor this type of information. On a side note, CCLoader is an excellent tweak that I've recommended in the past, and at the end of the day, it's free so it won't hurt to give it a shot. Currently, CCMeters is available in the BigBoss repository for $1.00 and compatible with iPhone and iPod touch running iOS 7 or higher. For more jailbreak news, check out: AppAdvice's Top 10 Free Jailbreak Tweaks For iOS 7 Devices, AppAdvice's Top Paid Jailbreak Tweaks For iOS 7 Devices, and JellyLock7 Is An Android Inspired Lock Screen Replacement For iOS 7. 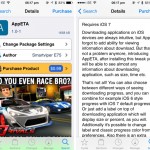 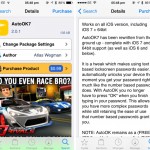 Cydia Tweak: AutoOK7 Brings A Better Complex Password Solution To iOS 7
Nothing found :(
Try something else