You are using an outdated browser. Please upgrade your browser to improve your experience.
by Bryan M. Wolfe
February 4, 2014
Satya Nadella has been named Microsoft's third Chief Executive Officer. He replaces Steve Ballmer who announced his retirement on Aug. 23, 2013. As part of the management change, former CEO and Microsoft co-founder Bill Gates is retiring as chairman. He will be replaced by John Thompson, former CEO of Symantec. According to Gates:

Satya is a proven leader with hard-core engineering skills, business vision and the ability to bring people together. His vision for how technology will be used and experienced around the world is exactly what Microsoft needs as the company enters its next chapter of expanded product innovation and growth.

Nadella first joined Microsoft in 1992. Until his appointment as CEO, he served as Microsoft's executive vice president of Cloud and Enterprise. Though exiting as chairman, Gates isn't leaving Microsoft. Instead, he will assume a new role as Founder and Technology Advisor, and "will devote more time to the company," according to Microsoft. 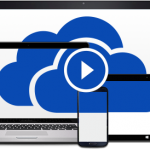