You are using an outdated browser. Please upgrade your browser to improve your experience.
by Bryan M. Wolfe
February 12, 2014
Forget the “iWatch,” or even the “iTV.” An upcoming new Apple product category could be the “iAnywhere,” according to JP Morgan Stanley analyst Mark Moskowitz, and first noted by CNET. The iAnywhere would be a “converged MacOS-iOS operating system that allows an iPhone or iPad to dock into a specially configured display to run as a computer.” The hybrid product could launch within the next 12 to 18 months, according to the report. Says Moskowitz:

In our view, this category would be a leapfrog event, potentially jumpstarting iPhone and iPad growth as well as peripherals and cloud-based software and services sales.

This isn’t the first time we’ve heard that Apple was working on a product that would combine OS X and iOS in some way. In January, Evercore Partners analyst Patrick Wang said the so-called “iPad Pro” would be “a hybrid-style device that could serve as both a tablet and a notebook, and would make the iPad lineup more appealing to business customers.” It makes a lot sense for Apple to release hardware that plays nice with both Macs and iOS devices. Still, it would fly in the face of a comment Tim Cook made in April 2012. During an Apple earnings call, the Apple CEO spoke on the subject of Windows 8 and desktop-tablet convergence. He noted:

Anything can be forced to converge. But the problem is that the products are about tradeoffs. You begin to make tradeoffs to the point where what you have left at the end of the day doesn’t please anyone. You can converge a toaster and a refrigerator, but you know, those things are probably not going to be pleasing to the user.

Of course, time has a way of changing things. Steve Jobs, for example, was never impressed with the merging of phones and tablets. The “iPhone 6,” if the rumors are to believed, could be Apple’s first phablet device. Do you want to see an “iAnywhere” device? 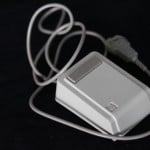 The Contents Of The 'Steve Jobs Time Capsule' To Be Uncovered Feb. 25 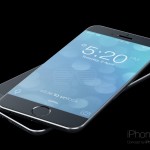