You are using an outdated browser. Please upgrade your browser to improve your experience.
by Bryan M. Wolfe
February 21, 2014
Is it Verizon Communications or Verizon Wireless? The distinction has confounded tech writers and customers alike for many years — until now, according to Gigaom. Until now, an ownership dispute between Verizon Communications and Vodafone forced the former to run Verizon Wireless as a separate company. With their $130 billion buyout of Vodafone’s stake in their mobile carrier joint venture now complete, Verizon Wireless is now just Verizon. As Verizon CEO and chairman Lowell McAdam, explains:

This is a great day for Verizon. The new Verizon now has full ownership of the U.S. wireless industry leader in network performance, profitability and cash flow. Acquiring Vodafone’s stake in Verizon Wireless provides us with opportunities for greater financial flexibility, enhanced operational efficiency and innovations that will benefit customers. We are confident it will fuel further growth in our business.

What does this mean? For Verizon Wireless customers, not a lot. Verizon Communications has held a majority stake in Verizon Wireless for nearly a decade. "The company is sure to keep “Wireless” as part of its mobile group’s branding, but as far as corporate structure goes, there’s now only one Verizon," according to Gigaom. What will change is the overall look of the worldwide wireless industry. As Gigaom notes:

Though Verizon Wireless proportionately only accounted for about 50 million of Vodafone’s nearly 400 million global customers, the joint venture actually took in more money than all of Vodafone’s global operations combined. As Bloomberg points out, the consolidation of shares in the wake of the deal will cut Vodafone’s market value nearly in half.

Even after the buyout, Vodafone will remain the world’s second largest carrier group in the world, at least in terms of the number of subscribers. Based on market share and revenues, Vodafone will “move a few slots down.” See also: What You Need To Know About Verizon’s New 'More Everything' Wireless Plans. 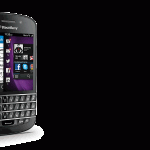 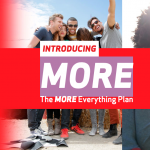 What You Need To Know About Verizon’s New 'More Everything' Wireless Plans
Nothing found :(
Try something else