You are using an outdated browser. Please upgrade your browser to improve your experience.
by Bryan M. Wolfe
February 5, 2014
In January, we offered five new features we’d like to see in Apple’s iOS 8. Today, we add two more suggestions to our list.

The App Store will celebrate its sixth anniversary later this year. Since then, billions of apps have been downloaded. Many, however, are no longer installed on a users’ iPhone/iPod touch and/or iPad. Instead, they sit inside iCloud waiting to be reinstalled. There are many reasons for deleting an app — boredom, to save storage, etc. Unfortunately, Apple doesn’t give us a reason to reinstall apps at a later date. In iOS 7, previously purchased apps are listed in the App Store app under Updates > Purchased. Selecting “Not on This iPhone” can narrow this list, as can the Search function. Apps are listed by the date they were downloaded, with the newest apps shown first. The only way to tell when an app was last updated is to click on it and scroll down on the Details page. This is a cumbersome process and one that puts older apps at a disadvantage. That app you deleted in 2011 because it didn’t contain enough features, for example, might have been updated many, many times since then. You wouldn’t know this under the current system without jumping through a few hoops. In iOS 8, Apple should make it easier to find recently updated apps that aren’t installed on the iOS device. At the minimum, you should be able to sort purchased apps according to category. Taking it a step further, Apple should offer a way for users to “save” certain apps to the iOS home screen, even when they aren’t actually installed. That way, a user would receive an alert whenever the apps get an update. Based on this information, the user could then decide whether to reinstall the app.

Users either love the dynamic wallpaper feature in iOS 7 — or absolutely hate it. In iOS 8, Apple needs to step up its game and make the feature better. They could do this by adding more stock wallpapers (ditch the iPhone 5c screens, please),  and by giving users a simpler way to add their own. Otherwise, what's the point? We’ll be spending a lot of time in the coming months discussing the new features we’d like to see in iOS 8. Until our next report, it’s your turn. What new features do you want to see in iOS 8? 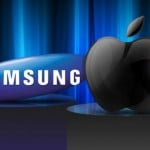 Apple, Samsung Draw Up A Refined List Of Infringed Patents Ahead Of Trial 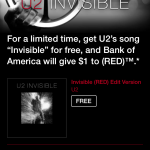 U2's 'Invisible' Free iTunes Download Offer Raises Over $3 Million From Bank Of America
Nothing found :(
Try something else