You are using an outdated browser. Please upgrade your browser to improve your experience.
by Bryan M. Wolfe
March 4, 2014
This year’s Academy Award winner for best picture, “12 Years a Slave,” is now available to rent. The film, which won three Oscars, including best actress in a supporting role for Lupita Nyong’o, is available on iTunes, Amazon Instant Video, and other streaming outlets. The film tells the real life story of Solomon Northup, a free black man living with his wife and children in New York in 1841, who is tricked by slave traders into traveling to Washington, D.C., where he is kidnapped and sold into slavery. “ It is based on Northup's 1853 memoir of the same name. Directed by Steve McQueen, “12 Years a Slave” also stars Chiwetel Ejiofor, Michael Fassbender, and Benedict Cumberbatch. Of this year’s Oscar nominees for best picture, only “Her, “ “The Wolf of Wall Street,” and “Philomena” are not yet available to stream. The film "12 Years a Slave" is $14.99 to buy and $5.99 to rent through iTunes and Amazon. 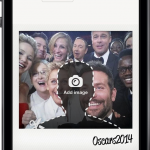 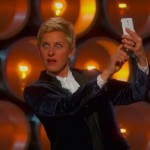 Oscars Host Ellen DeGeneres Didn't Hold On To Her Galaxy Note For Long
Nothing found :(
Try something else