You are using an outdated browser. Please upgrade your browser to improve your experience.
by Bryan M. Wolfe
March 4, 2014
Ferrari has officially announced Apple CarPlay support for the company’s updated four-seat Ferrari FF grand tourer. The announcement was made by Ferrari chairman Luca Cordero di Montezemolo at the Geneva Motor Show. Along for the ride was Greg Joswiak, Apple’s iOS marketing chief, according to macprime.ch. The Italian company is one of six initial partner manufacturers for CarPlay, and the last to announce its plans in Geneva. Volvo and Mercedes-Benz made their own CarPlay announcements earlier in the week. Apple’s other CarPlay partners include Honda, Jaguar, and Hyundai. Twelve other carmakers have signed on to offer the software in the future, which promises users “a smarter, safer way to use your iPhone in the car.” Joswiak recently noted, “iPhone users always want their content at their fingertips and CarPlay lets drivers use their iPhone in the car with minimized distraction. We have an amazing lineup of auto partners rolling out CarPlay, and we're thrilled it will make its debut this week in Geneva.” CarPlay itself should arrive with iOS version 7.1, which is expected to land sometime this month. You can find out more about the service on Apple’s site. Via: AppleInsider 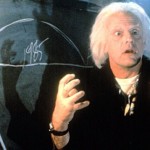 If Doc Brown Owned An iPad mini, This Is How He'd Have Used It 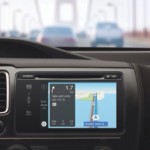 Apple's CarPlay Doesn't Integrate With Pandora, But Support Could Be Incoming
Nothing found :(
Try something else