You are using an outdated browser. Please upgrade your browser to improve your experience.
by Bryan M. Wolfe
March 20, 2014
A month after announcing a voluntary recall on its Force fitness-tracking bracelet, Fitbit is facing a possible class-action lawsuit. The suit, filed on Monday in the Supreme Court of California, alleges the San Francisco-based company misled users in promoting and advertising the device, according to The Wall Street Journal. Released last October, the Fitbit Force features an OLED display that shows times and daily activity. It was positioned to replace the Fitbit Flex, which had been released a year earlier. Almost from the start, a small number of Fitbit Force users had complained of developing skin irritations after using the device. After working with independent labs and medical experts, Fitbit said in February that the irritations were most likely an allergic reaction to the nickel in the device. As a result, the company issued a recall and pulled the device from the market. The company is currently offering full refunds to anyone who returns the $130 device. At the time of the recall, Fitbit reported to the Consumer Product Safety Commission that it was aware of about 9,900 cases of consumers having a skin reaction after wearing the Force. The suit, which seeks class-action status, wants Fitbit to notify every person who has bought the Force device in California, and to arrange to refund the cost plus tax and any shipping fees. It also wants Fitbit to provide a full disclosure of the cause of the irritations. As a reminder, if you’re a Force owner and want to receive a refund for the device, you can visit this site. Fitbit will send out a kit with instructions on how to return the tracker. A reimbursement check for the full retail price will be sent out two to six weeks after receipt of the device. 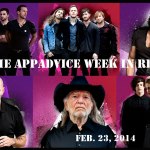 The AppAdvice Week In Review: The iTunes Festival At SXSW, Fitbit's Recall And More 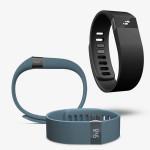 Fitbit Issues A Voluntary Recall Of Its Force Fitness Tracker
Nothing found :(
Try something else