You are using an outdated browser. Please upgrade your browser to improve your experience.
by Bryan M. Wolfe
March 27, 2014
Microsoft’s new CEO Satya Nadella will hold a news conference later today in San Francisco, Calif. The 10 a.m. PDT event is being described as a discussion on "the intersection of cloud and mobile." Specifically, this event is when the Windows maker finally unveils Office 365 for Apple's iPad. Office for iPad is said to include Word, Excel, PowerPoint, and OneNote only. It’s expected to be downloadable from the App Store free of charge, but require an Office 365 subscription, just like Office Mobile for iPhone (which was released last June). Earlier this month, Microsoft released OneNote for Mac as a free download in the Mac App Store. Nadella was named Microsoft’s third Chief Executive Officer in early February. He replaced Steve Ballmer who announced his retirement on Aug. 23, 2013. Today's press conference is Nadella's first as Microsoft CEO. Photo: Wired.com 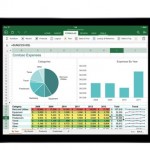 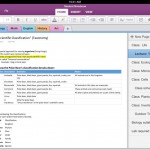 Better Late Than Never: Microsoft Office Is Finally Coming To iPad On March 27
Nothing found :(
Try something else