You are using an outdated browser. Please upgrade your browser to improve your experience.
by Bryan M. Wolfe
March 3, 2014
It looks like Xbox gamers will soon have more places to play. Microsoft is building a platform to extend Xbox Live functionality to iOS and Android devices, according to The Verge. Microsoft’s plan is said to be aimed to “win back” game developers from its competitors by making Xbox Live a lot easier to integrate into apps and games. This means “fewer restrictions” and “better tools.” Xbox developers must currently be certified and receive permission from Microsoft to create products. In the future, “simple and lightweight” tools will allow developers to bring their games to various platforms including Windows, iOS, and Android. A new Microsoft job posting suggests the direction the company is heading in. Under the position of Software Development Engineer II, Microsoft says:

As a member of the newly formed team, you will have the rare opportunity to influence our planning and design from the beginning. We will create a modern framework that is open source, light-weight, extensible and scalable across various platforms including Windows Store, Windows Phone, iOS and Android.

Despite many attempts, Microsoft has found little success in mobile, thanks to the strong popularity of Apple’s iOS and Google’s Android. At the same time, Microsoft's Xbox platform has remained successful. The company's newest console device, the Xbox One, launched in November. In January, Microsoft announced it had sold 3 million Xbox One units before the end of 2013. It will be interesting to see what this news means for Microsoft and the future of mobile gaming. As usual, we'll keep you updated. 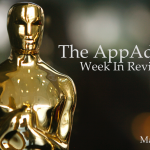 The AppAdvice Week In Review: The New Apple TV And A Guy Named Oscar
Nothing found :(
Try something else