You are using an outdated browser. Please upgrade your browser to improve your experience.
by Bryan M. Wolfe
March 3, 2014
A new survey from investment firm Piper Jaffray has some very good news for Apple regarding the iPhone 5s. Despite launching in September 2013, the company’s flagship device is still a popular option for prospective American smartphone buyers, according to AppleInsider. Of those planning to buy a smartphone in the next 90 days, 39 percent say that they’ll buy an iPhone. This compares to 46 percent who plan on buying an Android-based device. These numbers are significant given that the Samsung Galaxy S5 arrives in stores on April 11. The survey is based on interviews with 1,003 U.S. consumers about smartphone purchase intent over the next three months.

(Piper Jaffray) Analyst Gene Munster said he views the results as positive news for Apple, as the iPhone 5s is approaching six months of availability on the market, and many consumers may be simply waiting for Apple to launch its next handset before upgrading.

The news isn’t all good for Apple, however. Just 6 percent of those polled say they plan to buy an iPhone 5c during the next three months. The Piper Jaffray analyst believes the poor showing for Apple's mid-price phone is due to the “value increase” in the iPhone 5s, and low appeal for the color choices of the iPhone 5c. Most expect Apple to unveil two new iPhones in September or October. The new phones are likely to be thinner and larger than previous models, feature a curved design, and come with a faster processor. See also: Apple Veteran: Making Plastic Part Of The Strategy Is What Doomed The iPhone 5c, Apple Is About To Make The Touch ID On The iPhone 5s Smarter, and How Does The Samsung Galaxy S5 Compare To Apple's iPhone 5s? 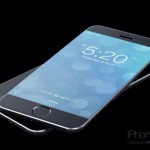 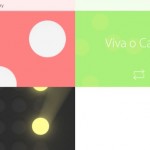 Apple Brings A Handful Of Colorful iPhone 5c Ads To Tumblr
Nothing found :(
Try something else