You are using an outdated browser. Please upgrade your browser to improve your experience.
by Bryan M. Wolfe
March 13, 2014
Coldplay’s performance at the iTunes Festival at SXSW has finally been made available to replay online. For whatever the reason, Apple held back the set until now. With Coldplay’s performance added, all six acts from the first two nights of the festival are now available to watch whenever you want. Besides Coldplay, this includes performances by Imagine Dragons, London Grammer, Kendrick Lamar, Schoolboy Q, and Isaiah Rashad. Complete coverage is available through the official iTunes Festival app, iTunes on a Mac or PC, and on Apple TV. The third night of the iTunes Festival at SXSW features performances by Soundgarden, Capital Cities, and Band of Skulls. Performances tonight, March 13, begin at 10 p.m. CDT. 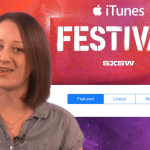 First US iTunes Festival Kicks Off At SXSW With Apple Execs In Audience
Nothing found :(
Try something else