You are using an outdated browser. Please upgrade your browser to improve your experience.
by Bryan M. Wolfe
April 17, 2014
Six months have passed since Apple CEO Tim Cook announced that Burberry CEO Angela Ahrendts would become the company’s new senior vice president of retail and online stores. At the time, Apple said she would be arriving sometime in the "spring." Many presumed Ahrendts would assume her new role by the end of this month when the obligations of her Burberry contract were to be satisfied. When Ahrendts actually makes the jump to Cupertino, however, is now open to some debate, according to The Guardian. Though Ahrendts is free to depart for Apple at the end of the month, she may not do so until after June 6. The reason? If she stays at Burberry until then, Ahrendts will collect an £8 million share bonus. The report says Ahrendts wants to leave for California this month. However, “she is wrangling with Burberry and Apple over compensation for the payout in June.” Keeping Ahrendts until June is seen as good news for Burberry investors, who “feel reassured” by her presence. For Apple, the possible delay probably isn't the best news. Apple will hold its Worldwide Developers Conference (WWDC) beginning on June 2. Ahrendts' role at the developer-focused event was never going to be significant. However, I'd think Apple would want to use its important keynote address to at least introduce its new hire to the world. That possible plan could now be in jeopardy. 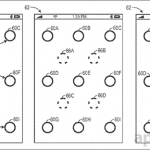 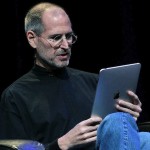 Samsung Executive Wanted To Attack The iPhone Shortly After Steve Jobs’ Death
Nothing found :(
Try something else