You are using an outdated browser. Please upgrade your browser to improve your experience.
by Bryan M. Wolfe
April 24, 2014
Last month, J.D. Power and Associates ranked Apple’s iPhone the top smartphone in terms of customer satisfaction for an eighth year in a row. Apple smartphone devices have now ranked highest among wireless carriers, according to the organization’s 2014 U.S. Wireless Smartphone Satisfaction Study. Apple and the iPhone’s overall score ranked first at AT&T, Sprint, T-Mobile, and Verizon. Samsung came in second place at all four U.S. carriers. On a 1,000-point scale, overall satisfaction with smartphone devices is highest among AT&T customers (844), followed by Sprint (839), T-Mobile (835), and Verizon (829) customers. Overall satisfaction among all smartphone owners is 837. The survey asked consumers to rate their smartphone using four key metrics. These included performance, physical design, features, and ease of operation. The study was done between September of last year through this February and included “13,237 smartphone customers who have owned their current smartphone device less than one year and who are customers of the four Tier 1 carriers.” 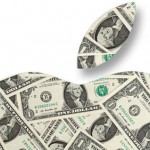 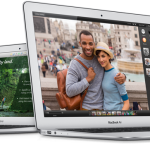 Apple To Launch A Refreshed MacBook Air Next Week?
Nothing found :(
Try something else