You are using an outdated browser. Please upgrade your browser to improve your experience.
by Bryan M. Wolfe
April 23, 2014
Apple is scheduled to hold its second quarter results conference call at 2 p.m. PDT. Before they do, some numbers to consider: $43.6 billion Apple reported revenue of $43.6 billion during the second quarter of 2013. This included a quarterly net profit of $11.6 billion, or $12.30 per diluted share. The consensus estimate among 40 Apple analysts are for earnings of $10.33 per share on sales of $43.53 billion, according to Fortune. 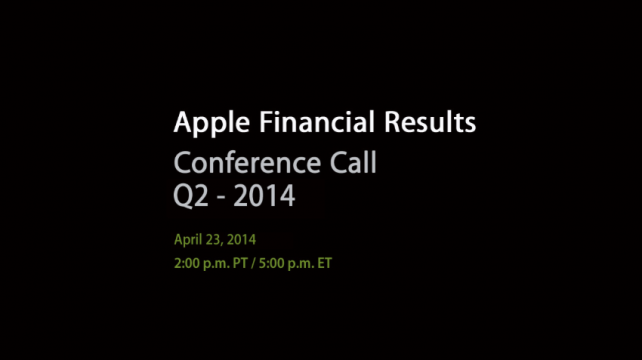 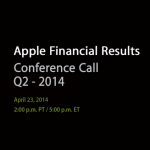