You are using an outdated browser. Please upgrade your browser to improve your experience.
by Bryan M. Wolfe
May 9, 2014
It has been a little more than 12 hours since The Financial Times first reported that Apple is in talks to buy Beats Audio for around $3.2 billion. Though no official deal has been announced, hip-hop icon and Beats co-founder Dr. Dre seemed to confirm the news earlier in the day. So far, the reaction to a possible Apple and Beats deal has been mixed. InformationWeek’s Eric Zeman believes Apple's goal here is to acquire the Beats Music streaming service. Unfortunately, in doing so, he believes Apple would have to renegotiate all the contracts it has with the music labels. The Loop’s Jim Dalrymple thinks a deal would be great news for the folks over in Cupertino, California:

Bottom line, there is a lot of teeth gnashing and hand wringing from analysts over this deal. That doesn’t bother me at all. If it happens, I feel certain Apple has thought this through from soup to nuts and will turn this acquisition into an asset whose value exceeds the purchase price.

Why splurge on Beats, which can cost more than $300? Part of the reason: the cool factor. Despite the hefty price tag, the headphones, a streetwise fashion statement with a signature “B” on the ear, are as popular with teens as they are with celebrities.

Finally, Time’s Harry McCracken ends his informative piece, “My First 7 Questions About This Apple-Beats Deal (Which, By the Way, I’m Not Assuming Is Happening),” with this:

7. Would this be a genius move in a way I’m not seeing? I keep turning it over in my head, and still can’t figure out how such a merger would be brilliant or, really, any more interesting than, say, Procter & Gamble’s acquisition of Gillette. To pick a boring-but-sensible transaction at random.

My initial thoughts on a possible deal between Apple and Beats Audio are as follows: It's true that music downloads from services such as iTunes are declining. This doesn't mean Apple's influence over the music industry has waned all that much since the days when iPods reigned. If Apple needs to negotiate new contracts with industry heads pending a Beats purchase, they'll get it done in a way that is beneficial to Apple shareholders and to its brand. More importantly, they'll finish talks in a timely manner. If this wasn't possible, Apple would have no reason to purchase Beats Audio in the first place. Apple needs Beats to up its cool factor? If the iPhone maker needs to buy another company to remain relevant, they have bigger problems to worry about. Think Beats headphones are cool? Just wait until Apple's Jonny Ive has some time with them. Finally, Apple possibly buying Beats is only as interesting as overpriced razors? Tell that to the cool kids who will be standing in line to buy new iPhones and Beats headphones later this year at Apple retail stores. 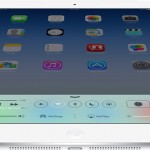 Updated: Following Acquisition Rumors, Beats' CEO Is Said To Be In Talks To Join Apple
Nothing found :(
Try something else