You are using an outdated browser. Please upgrade your browser to improve your experience.
by Bryan M. Wolfe
May 21, 2014
Pent up demand could make the so-called “iPhone 6” the most popular handset in Apple’s history. That handset, unfortunately, isn’t likely to arrive until September. No matter, say more than a third of prospective U.S. smartphone customers who say they plan on buying an iPhone 5s or an iPhone 5c in the next three months, according to AppleInsider. In a survey of 1,016 U.S. consumers about their smartphone purchase intent over the next three months, investment firm Piper Jaffray found that 29 percent of those polled will buy an iPhone 5s. Another 5 percent said they will opt for the iPhone 5c. Apple’s share of purchase intent as tracked by Piper Jaffray is, not surprisingly, at its lowest point since the iPhone 5s and iPhone 5c were launched last fall. Still, the 34 percent recorded shows the current iPhone lineup “is staying strong longer in its lifespan than previous models.”

According to Piper Jaffray’s Gene Munster:

While our survey is U.S. focused, we believe the data suggests that the iPhone, particularly the highest-end 5s model, continues to have staying power given about a third of U.S. smartphone customers expect to purchase an iPhone in the next three months.

The analyst expects Apple’s share of purchase intent to climb back to the 50 percent mark in the U.S. after Apple unveils new iPhone models. Munster also believes Apple will sell 35 million iPhone units in the current June quarter, which would represent a 12 percent increase year over year.
Compare all Smartphones | FindTheBest
Apple’s next iPhone is likely to arrive in September and could be available in two screen sizes: 4.7-inches and 5.5-inches. The iPhone 6 is expected to utilize sapphire glass in its display. This will be produced by Apple in collaboration with the Arizona-based GT Advanced Technologies, and use of the ultra-durable material means Corning’s Gorilla Glass will be dropped from Apple’s iPhones. For more on the so-called “iPhone 6,” see: See What iOS Looks Like Running On A 4.7-inch ‘iPhone 6,’ With Samsung And Sharp Out, Innolux Will Help Produce Displays For Apple’s ‘iPhone 6,’ and Apple Restricts Staff Vacation Times At German Retail Stores For September. 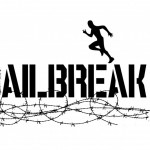 Apple's iPhone 5s Has Been Jailbroken Under iOS 7.1.1, Too
Nothing found :(
Try something else