You are using an outdated browser. Please upgrade your browser to improve your experience.
by Christine Chan
June 2, 2014
Apple has just announced the upcoming iOS 8 at WWDC 2014, as we all expected. This is a major new release with a lot of brand new developer features.

With iOS 8, there is now a refined notification center with interactive notifications, so you never have to leave your current app to reply to a notification. Double-clicking gives you quick access to your most recent contacts now in addition to your apps. These interactive notifications will also work with third-party apps. There will also be improvements to mobile Safari. Mail also gets brand new gestures built in, allowing users to swipe to flag, highlight, and delete emails. Spotlight will also now bring up App Store apps, search news on the Web, and much more. This will also be integrated into the omnibar in mobile Safari. QuickType is another big feature in iOS 8, bringing multiple word suggestions with predictions, and it learns as you type in a secure fashion. Continuity will be integrated seamlessly into iOS 8, so you can pick up from where you left off on your Mac. Messages will now allow you to mute group threads, turn on Do Not Disturb for individual group threads, leave the thread, and more. There is also a new Tap-To-Talk feature so you can send audio recordings through Messages. A new details button in group threads allows you to see who is part of the message thread, allows you to add people, and even share your location. All attachments can also be viewed in a single screen. Media attachments will now self-destruct after a set period of time, so it doesn't take up space on your device. You can still save these media attachments if you need them. Voice recordings can be listened to from the lock screen. iCloud Drive will have a major part in iOS 8 as well, as well as a focus on enterprise. HealthKit will be introduced, along with Health, which is an app to help monitor various aspects of the user's health. HealthKit can connect with various health and fitness apps as well to consolidate your information in a single place. Apple will also be working with the Mayo Clinic app to be at the front in health technology. Family Sharing allows a family to set up profiles for up to six family members, so if a child buys a new app with a credit card, everyone will be notified. iOS 8 photos will sync images across all devices, there will be an improved search, so you can find photos that match certain criteria. New Smart Editing features will tweak light and color to give you the best option. Edits get beamed up to iCloud, syncing them across devices, and even make changes on your Mac. There will be new iCloud storage options as well. The first 5GB are free, 20GB for $0.99 per month, 200GB for $3.99 per month, and more tiers up to 1TB are available. Siri now integrates with Shazam song recognition built-in, as well as streaming voice recognition. You can purchase iTunes content right from Siri, and there are 22 new dictation languages. There is a big focus for what developers can do, thanks to a brand new SDK, built-in Testflight integration in the App Store, app preview videos, app bundles, and extensibility. Developers can even create widgets that will show up in the Notification Center. Extensions will also include the support of third-party keyboards systemwide across iOS 8. Developers will also have access to Touch ID APIs for use with their apps, access to Camera APIs for manual exposure control and the like, along with PhotoKit access. Apple is also introducing HomeKit for home automation with iOS 8. Graphics will be improved in iOS 8 with Metal, which allows thousands of objects to be on screen without any stuttering. SpriteKit has been updated with support for light sources, field forces, per-pixel physics, and inverse kinematics. SceneKit is also introduced, which improves upon 3-D graphics for casual games. 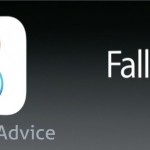 Here's When You Can Get iOS 8 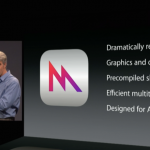