You are using an outdated browser. Please upgrade your browser to improve your experience.
by Bryan M. Wolfe
June 17, 2014
TabletTail is a tablet accessories system that works with both iOS and Android devices. Created by Denver, Colorado-based Octa, TabletTail was successfully funded in February 2013 through a Kickstarter campaign. The company is now adding four new components to the accessory. Once again, they have turned to Kickstarter to get the project off the ground. 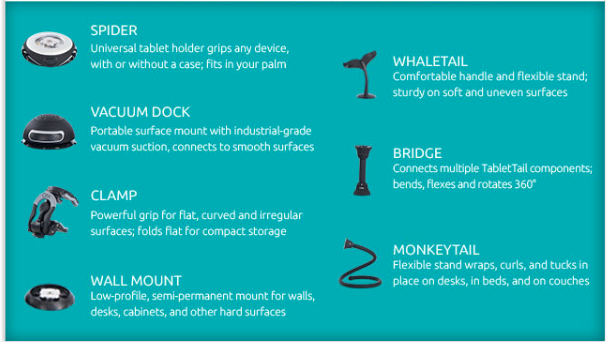 Already funded with just days to go, the new parts allow users to stand, grip, wrap, hang, and use their tablet anywhere. They include: The previously released Monkey Kit bundle included the MonkeyTail, a flexible stand that wraps, curls, and tucks in place on desks, in beds, and on couches, and the Vacuum Dock, a portable surface mount with industrial-grade suction cups, which connects to smooth surfaces. Octa also makes a Whale Kit, which features a separate WhaleTail and the Vacuum Dock for a comfortable handle and flexible stand that works on soft and uneven surfaces; this has been available from the company since 2012 but was not launched through Kickstarter like the other components. The seven components are interchangeable. Take a look: Octa hoped to raise $20,000 to begin work on the four new parts. They have raised nearly $29,000, as the project reaches its conclusion on June 26. There are a number of Kickstarter rewards still available through the TabletTail project. For more information, visit the project's official site. 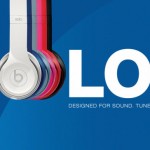 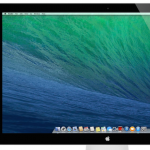 The Twelve South HoverBar 3 Review
Nothing found :(
Try something else