You are using an outdated browser. Please upgrade your browser to improve your experience.
by Bryan M. Wolfe
June 30, 2014
In recent months, numerous mockups have been floating around that purportedly show what Apple’s next iPhone will look like. How accurate are those mockups? Not 100 percent, according to Nikkei (via G for Games). In the image below, which is representative of what other "iPhone 6" mockups have shown, the back of the device has straight lines across the top and bottom. On the iPhone 5s, instead of lines, glass panels are in place. These panels help with the device's internal radios. Nikkei claims that the lines on the iPhone 6 only mark the places where glass panels will eventually go in the final product. In other words, the backside will look a lot like the one found on the iPhone 5s. Despite this similarity, Nikkei claims the next iPhone will look different than its predecessor in two important ways. First, as the many mockups have shown, the iPhone 6 will feature a curved display “that will fit perfectly into the aluminum shell, creating a seamless transition from one material to another (unlike the iPhone 5S which caught our attention with a 45 degree diamond cut edge).” Second, the Apple logo on the back of the iPhone 6 is likely to be cut out of aluminum. The iPhone 5s includes an engraved logo. The takeaway from all of this? The mockups, while not entirely accurate, do give “a rough idea of the final product.” Apple is expected to unveil two new iPhone models this fall. Size may not be the only thing separating the long-rumored 4.7-inch and 5.5-inch iPhone 6 smartphones. The larger of the two could ship with a sapphire crystal display, as opposed to the slightly weaker Gorilla glass found on the 4.7-inch model. Additionally, the 5.5-inch variant may be the only one that features a camera with optical image stabilization. Want lots of storage? Only the larger smartphone is said to offer users models featuring 128GB of internal storage. For more information, see: Video Claims To Show Apple's ‘iPhone 6,’ and AppAdvice Daily: Rumor Has It An 'iPhone 6' Duo Is Coming This Fall. 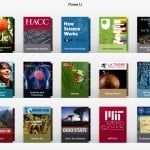 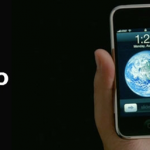 Happy 7th Birthday, iPhone
Nothing found :(
Try something else