You are using an outdated browser. Please upgrade your browser to improve your experience.
by Bryan M. Wolfe
July 2, 2014
On Monday, Apple phased out support for Mac OS X users that continued to use mac.com or me.com accounts with built-in Messages software and the AIM messaging protocol. This change was only supposed to affect those using Mac OS X 10.7.1 or earlier. It now appears Apple has ended support for everyone, regardless of Mac OS X version. Apple first posted a knowledge base article about this change in April. The posting was revised in June. The article explained that support would end on June 30. At no time, however, did Cupertino say this change would affect everyone. I was using an old .mac address for AIM. Messages on my Mac were sent and received through the third-party Adium application. On July 1, the service was no longer operational on either of my two Macs. Currently, my iMac has OS X Yosemite installed, while my MacBook Air has OS X Mavericks. Others at AppAdvice have also been affected by this issue. After the fact, Adium did alert users that there was a problem. Apple did not, however. Personally, I don't have a problem with Apple shutting down this service. I've been using iMessage on my iPhone and iPad, and should have been doing the same on my Mac. However, it would have been nice to have known about this change beforehand. Have you experienced this issue on a Mac with OS X 10.7.2 or later installed? 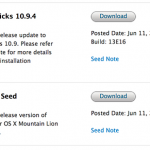 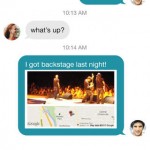 AOL Updates AIM For iPhone With Long-Awaited iOS 7 Redesign And More
Nothing found :(
Try something else