You are using an outdated browser. Please upgrade your browser to improve your experience.
by Bryan M. Wolfe
July 3, 2014
Next-generation iOS devices could use location to automatically adjust various UI and device behavior settings. The technology is described by Apple in a new filing with the U.S. Patent and Trademark Office titled “Location-sensitive security levels and setting profiles based on detected location.” According to the document, the invention adjusts iPhone access levels based on its location. For example, a simple four-digit passcode would unlock the device at home, while authentication via Apple’s Touch ID would be required when on the road. This technology could also be used to adjust the location of apps stored on the device, according to location. When the user is at home, for example, Facebook and Twitter apps could be more prominently displayed. If the iPhone is at work, productivity apps would take a more prominent position on the home screen. This patent was first filed in 2012 and credits Alexander Reitter, David Amm, Julian Missig and Raymond Walsh as its inventors. See also: After Meeting With Apple CEO Tim Cook, Analyst Says iWatch May Feature Voice Messaging, Purchase Window For AppleCare+ Plans For iPhone And iPad Extended To 60 Days, and How Many iPhones Did Apple Sell During The Third Quarter? 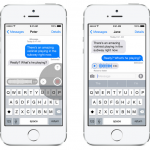 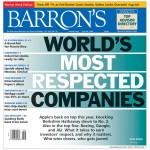 Barron's Calls Apple The Most Respected Company In The World
Nothing found :(
Try something else