You are using an outdated browser. Please upgrade your browser to improve your experience.
by Bryan M. Wolfe
July 30, 2014
Swipe-and-sign credit cards are slowly being phased out in the United States. With this in mind, Square has announced a new reader that offers support for next-generation EMV credit cards. The new reader will be available for preorder later this year and will support iOS and Android. Square describes it as “small enough to fit in a pocket.”

Known as chip-and-PIN cards in the United Kingdom and Ireland, EMV credit cards are more secure than traditional swipe-and-sign credit cards. The technology has been been widely used throughout Europe and parts of Asia since 1994 and recently expanded into Japan. EMV stands for Europay, MasterCard, and Visa. Each EMV card features a computer chip that is difficult to counterfeit. In October 2015, U.S. businesses must support the EMV protocol. Square notes:

Why the changeover? Here’s a crazy statistic: Almost half of the world’s credit card fraud now happens in the United States—even though only a quarter of all credit card transactions happen here. The banks want to rein this in ASAP by moving away from magnetic-stripe cards, which are much easier to counterfeit. The recent Target and Neiman Marcus security breaches also added motivation.

We'll continue to follow this story in the coming months. In the meantime, see Merchants can now automate their bookkeeping using IFTTT's new Square Channel, and The Square Order Pickup App Launches As Square Wallet Closes For Good. 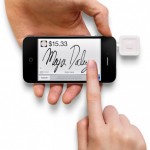 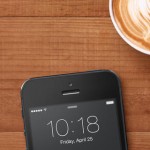 The Square Order Pickup App Launches As Square Wallet Closes For Good
Nothing found :(
Try something else