Apple has pushed out iOS 8 beta 5 to developers. The update is available for download over-the-air (OTA) and on Apple’s developer page. The beta arrives two weeks after the last update was released.

On July 23, BGR said that Apple planned to release iOS 8 beta 5 today. At the time, they also said iOS 8 beta 6 would arrive on August 15, followed by the release of the GM, or final version, a few weeks later.

In 2013, iOS 7 beta 5 arrived just eight days after the previous version. A year earlier, there was no iOS 6 beta 5. Instead, it took Apple 37 days to release the iOS 6 gold master (GM) edition, following the arrival of iOS 6 beta 4. In 2011, it took Apple 15 days to release iOS 5 beta 5. That year, there were seven iOS betas released, making it the longest development process in the history of the mobile operating system.

We’ll be discussing both updates in the coming days. 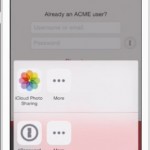 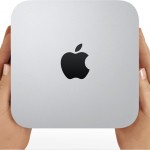 Apple is likely to release a new Mac mini and 27-inch iMac
Nothing found :(
Try something else