On Sept. 9, Apple is likely to announce the “iWatch” alongside the “iPhone 6.” This doesn’t mean the long-rumored wearable device will be available to the public anytime soon.

So that new wearable device Apple is introducing on September 9? It’s going to be a while before anyone is actually wearing it. Sources in position to know tell me it won’t arrive at market for a few months. “It’s not shipping anytime soon,” said one. So when does Apple plan to ship its eagerly anticipated wearable? That’s not clear, but my understanding is that we’re unlikely to see it at retail until after the holiday season — think early 2015. Disappointing news for anyone hoping to put the device in a stocking come Christmas, but not unprecedented. Remember, Apple didn’t ship the first iPhone until six months after its January unveiling. Which is not to say that the gap between announcement and ship date will be that long, just that it would be unwise to expect preorders for the device to begin on the Friday following its unveiling. Apple declined to comment.

I’d love to say not to believe this story, but I cannot. Re/Code (and before it AllThingsD) has been very reliable when it comes to reporting on Apple. Recently, for example, it was the first to report that Apple would be holding its iPhone 6 event on Sept. 9.

This is probably good news

This news is beginning to make a lot of sense – from both a design and marketing standpoint.

As much as we’d all like to see the iWatch sooner rather than later, we also want Apple to get it right. By showing us the wearable device in September, Cupertino will at least whet our appetite. For the next few months, it can then continue to build the excitement through a series of carefully timed ad campaigns, while at the same time, perfecting the device.

As Re/Code correctly noted, the first iPhone was announced in January 2007. It wasn’t until June of that year when the device was finally made available. During the intermittent five months, we were inundated with iconic ads such as this:

Besides, it isn’t like Apple fans are going to go without new iOS devices in the coming months.

After the iPhone 6 is announced on Sept. 9, we’re likely to see the arrival of the “iPad Air 2″ and next-generation iPad mini with Retina display a few weeks later.

See also: Apple planning on unveiling ‘iWatch’ alongside ‘iPhone 6′ … but only as an accessory. 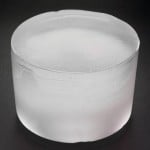 As Apple gets closer to making the 'iPhone 6' announcement, warnings about sapphire 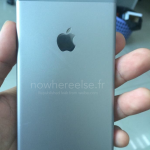