Apple shares are up nearly 28 percent since the start of the year, and up 47 percent year over year. Is now still a good time to buy a piece of the iPhone maker? Yes, according to Piper Jaffrey’s Gene Munster.

As first noted by AppleInsider, the analyst told investors on Tuesday that Cupertino’s “platform theme is expanding.” As a result, his company has increased its price target on Apple’s stock to $120.

Munster believes the inclusion of HomeKit and HealthKit into iOS 8 is going to be a boon for Apple. He’s also bullish on Apple’s upcoming mobile payment system, and so-called “iWatch.”

In terms of initial “iPhone 6” sales, the analyst won’t make a prediction, except to say that there’s likely to be “noise in the opening weekend.” He concludes “While the opening weekend may prove to be a speed bump to shares, we expect additional product launches and the platform theme to move shares higher through year-end.”

Last year, Apple sold 9 million handsets during the first weekend of release for the iPhone 5s and iPhone 5c.

Apple is expected to unveil a 4.7-inch and 5.5-inch iPhone 6 one week from today, Sept. 9. The company is also expected to introduce its long-rumored wearable device, which many have dubbed the iWatch or “iBand.” 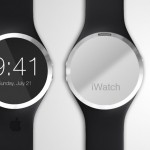 Here's why Apple's 'iWatch' might not make it until next year

New Microsoft ad features Cortana on HTC One (M8) face to face with Siri on iPhone 5s
Nothing found :(
Try something else