The 2014 iPhones are bigger than previous models, making them more expensive to produce. At the same time, Apple has kept the off-contract retail price for the iPhone 6 base model at $649, meaning the company is making less per unit, according to Quartz.

A larger screen isn’t the only reason the iPhone 6 costs more to produce. The camera, Bluetooth, Wi-Fi, and GPS chips “also contribute significantly.”

Though Apple is making less per iPhone 6 unit, they are expected to make up the difference due to an uptick in sales. Credit Suisse “forecasts the highest iPhone sales in four years in 2015, as well as a boost to the average selling price of the devices, giving Apple a 14% year-over-year growth in iPhone revenue.”

Finally, the iPhone 6 Plus “is still more expensive, but the higher price tag makes up the difference, leaving Apple with its highest gross profit per unit since the iPhone 4s, but the same margin as the iPhone 5s.”

The iPhone 6 and iPhone 6 Plus arrive in stores on Friday, Sept. 19. 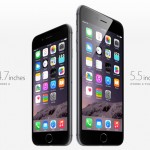 Apple never planned to use sapphire crystal on the iPhone 6 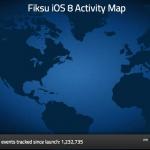 Are you ready for iOS 8?
Nothing found :(
Try something else