You are using an outdated browser. Please upgrade your browser to improve your experience.
by Bryan M. Wolfe
October 15, 2014

Do you want to watch first-run HBO programs but rather not pay a cable or satellite company to do so? Soon you won’t have to if you live in the United States.

HBO Chairman and CEO Richard Plepler has announced that HBO will offer a standalone streaming service next year.

Speaking at an investor meeting on Wednesday, Plepler said:

Sounds like a lot more people are about to enjoy “Game of Thrones,” no?

In March 2013, Plepler indicated that his company was looking into a way to expand the reach of HBO Go with broadband partners.

Under the plan Plepler envisioned at the time, “customers could pay $50 a month for their broadband Internet and an extra $10 or $15 for HBO to be packaged in with that service, for a total of $60 or $65 per month.”

As he stated, “We would have to make the math work.”

Content and service providers have long been at odds on how best to provide entertainment to mobile device owners. The current strategy has been to only allow this programming when coupled with an existing cable or satellite subscription. However, thanks to the Web, many users are dropping these subscriptions. Hence the reason for a system like the one mentioned above. 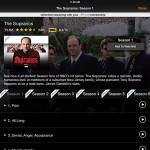