Are you still trying to get your hands on an iPhone 6 Plus? You’re not alone. Luckily, help is on the way — if you’re willing to wait.

According to Digitimes, Apple’s supply chain is moving some production away from the iPhone 6 to concentrate on the larger model. The move will see iPhone 6 shipments in the second half reduced “to be 3-4 million units lower than the original expectation.”

This shift, however will take time:

But most component suppliers’ current inventories are not sufficient for extra iPhone 6 Plus orders, and device manufacturers also do not have sufficient production lines for related assembly. Therefore, the retail channel may need to wait a while before seeing a significant increase in iPhone 6 Plus supply, the sources noted.

Since first launching on Sept. 19, the wait time for the iPhone 6 Plus has continued to lag that of the smaller model. In the U.S. Apple Store, for example, most iPhone 6 units are available to ship within seven to 10 business days. Orders placed for the iPhone 6 Plus show availability of “3-4 weeks.”

The shift in production to the iPhone 6 Plus comes just 10 days before Apple releases both handsets in China, where reservations for the new phones have already topped 4 million units. Phablets are quite popular in the largest consumer market on the planet and most expect iPhone 6 Plus sales to exceed those of the iPhone 6.

Apple previously announced that it had sold 10 million iPhone 6 and iPhone 6 Plus units during the first weekend of release. We’ll have a better idea of how many more were sold before the end of September during the company’s fourth quarter earnings call on Oct. 20.

See also: Detailed specs of the ‘iPad Air 2′ reportedly leak before its official unveiling later this month, A rare iPhone 6 prototype is for sale on eBay, and Apple’s sapphire crystal provider files for bankruptcy. 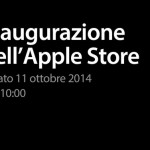 Apple to open newest retail store in Italy on Oct. 11
Nothing found :(
Try something else