It’s been nearly four years since Microsoft last updated Office for Mac. We now know when a new version is finally going to arrive.

The Redmond, Washington-based company has announced that the next version of Office for Mac will arrive in the second half of 2015. This will include new versions of Word for Mac, Excel for Mac, PowerPoint for Mac, and OneNote for Mac. As if to appease Mac users, Microsoft has also announced the release of the newest version of Outlook for Mac.

The new Outlook for Mac includes:

So why has it taken so long for Microsoft to retire Office for Mac 2011? They note:

Historically we have released a new version of Office for Mac approximately six to eight months after Office for Windows. However, following the release of Office 365 we made the conscious decision to prioritize mobile first and cloud first scenarios for an increasing number of people who are getting things done on-the-go more frequently. This meant delivering and continuing to improve Office on a variety phones (iPhone, Windows Phone, and Android) and tablets (iPad and Windows)—brought together by the cloud (OneDrive) to help people stay better organized and get things done with greater efficiency at work, school, home and everywhere between.

There are a number of ways to download the newest version of Outlook for Mac:

If you already have Office for Mac 2011 and Outlook for Mac 2011 on your Mac, Microsoft has released a help article for further guidance. 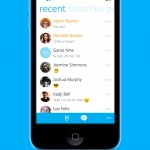 Skype 7.1 for Mac features support for OS X Yosemite and more
Nothing found :(
Try something else