You are using an outdated browser. Please upgrade your browser to improve your experience.
by Bryan M. Wolfe
October 30, 2014

Tim Cook has publicly come out as gay. The Apple CEO made the announcement in an essay published by Bloomberg BusinessWeek.

Noting that he has been open with many people about his sexual orientation, Cook explains his decision to go public as follows:

In June, CNBC’s Simon Hobbs accidentally outed Cook. Until now, the CEO had never confirmed nor denied his sexual orientation.

Speaking on Bloomberg TV, Bloomberg Businessweek editor Josh Tyrangiel explained that Cook told him this “is something he has been thinking about for a while, but it’s not precipitated by any event. It’s not a reaction to anything.” He continued, “He was very clear on what he wanted. The backstory on it is pretty simple as well. He called and asked if I could come out. We had a conversation and he had something written. It was crisp and clear and frankly I hope he is available for more assignments going forward. He was very easy to work with on this. He knew what he wanted to say.”

On whether calling on his home state of Alabama to protect gay rights was a catalyst for the announcement in Bloomberg Businessweek:

“I don’t think it’s a catalyst. I think what we have seen in his time as CEO is that Apple has taken a very decisive turn standing up for equality and standing up for certain types of values including transparency–not always the most popular decisions within the company. These values are consistent with the way he’s been leading the company. At the same time this is a big step…for society and American business. There has never been in my searching a CEO who has voluntarily stepped out as a Fortune 500 CEO and said ‘I’m gay.’ And it’s not just the CEO of any company; it’s the CEO of the most closely watched company in the world.”

“The fact that he is the CEO of Apple makes this both easier and harder. Easier in the sense that Apple is a company that has long valued creativity, innovation and equality. He told me that he spoke to the board and the board gave him complete and utter support. Full support. At the same time, Apple does business in a lot of places. It could be slightly complicated. I think that one thing about leading Apple is desire and desire for their products tends to trump prejudice. The point of it is that it is news today. It is big news. His hope and all of our hope is that it does not become news at all. We’re at a really interesting moment where we have got marriage equality legalized in a majority of states. We also have states that can evict you for being gay. That can discriminate you in the workplace for being gay. I think that each person who comes out and drives our progress forward makes those things less likely and less relevant.”

On how this announcement fits into the new group leading Apple:

“I actually don’t think it is going to be very big news within Apple. As he says in the piece, plenty of people know that he is gay. It’s never been a big deal. No one has ever treated him or he’s never detected being treated any differently. Within Apple there will be a lot of people will be proud of him and happy for him, and then by 9:05 go back to the work they have to do.”

On what the impact of the essay will be on political dialogue as we head into the elections:

“My guess is that there will be a lot of congratulatory phone calls heading to Cupertino today. That a lot of people recognize this is leadership…I think that we are at a place where society is genuinely leaning toward equality. It is a door that is already opening and can be pushed on. Politically, he will be receiving calls from Barack Obama, from the Clintons. A lot of people will be rooting for this story to be a positive thing and to go away swiftly because, truly, we should all be getting back to work.” 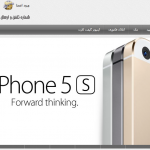 Apple’s Beats Music streaming service lags behind Spotify and Pandora
Nothing found :(
Try something else